Billions of stars, dazzling planets, and the milky way light up our sky every night, but, sadly, most won’t ever experience Mother Nature’s light show. Over the years it has become increasingly difficult to see the blanket of stars above us, let alone the Milky Way, near any metro area.

Thanks to a dedicated group called the International Dark-Sky Association and special efforts to preserve the night sky, places like Colorado are working towards making sure future generations are able to enjoy the celestial show.

Special steps include adding shielding units to outdoor lights so that light is being directed down and not up, minimizing blue lights, and limiting the luminance levels from area signage, just to name a few. To reward these efforts, the IDA awards those who meet the requirements with a dark sky designation.

Colorado currently holds 14 international dark sky places, with some designated as a dark sky community or a dark sky park. Each has gone through a rigorous approval process to receive these designations.

to become an IDA International Dark Sky Community the town must show an exceptional dedication to preserving the night sky by adhering to strict implementation and enforcement of quality outdoor lighting ordinances, dark sky education, and citizen support.

Currently, there are 33 dark sky communities in the world and Colorado hosts six of them. The towns of Westcliffe and Silver Cliff lead the way as the state’s first certified Dark Sky Communities. 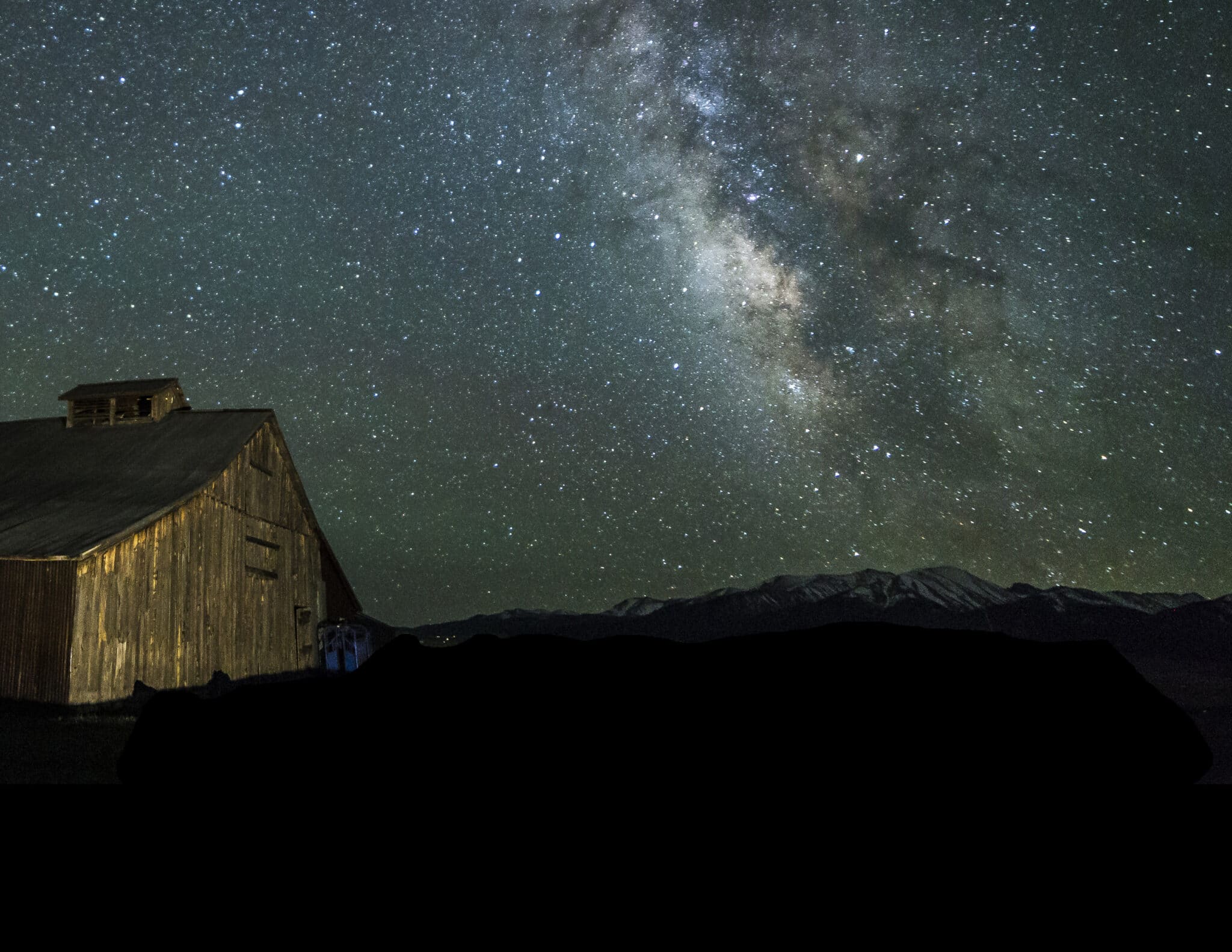 Without a doubt, Westcliffe and Silver Cliff led the way for Colorado in future designations of dark sky accreditations. Because of their location, cradled between two towering mountain ranges, the Sangre de Cristo Mountains and the Wet Mountains, the two communities are perfectly poised to naturally block out much of the skyglow from nearby metropolitan areas like Colorado Springs and Pueblo.

Plus, resting at an elevation of 8,000 feet, the communities physically sit closer to the stars than any other Dark Sky community in North America.

For stargazers, head to Bluff Park and the Smokey Jack Observatory in Westcliffe. Visitors can arrange a private tour of the observatory or attend one of their dark sky parties to get an up-close at the sky, all through the state-of-the-art, 14-inch computerized telescope.

Or enjoy on your own at Bluff Park. Overlooking the Wet Mountain Valley and the Sangre de Cristo mountains, the park not only provides stunning views during the day but also provides front-row seats to the night show. 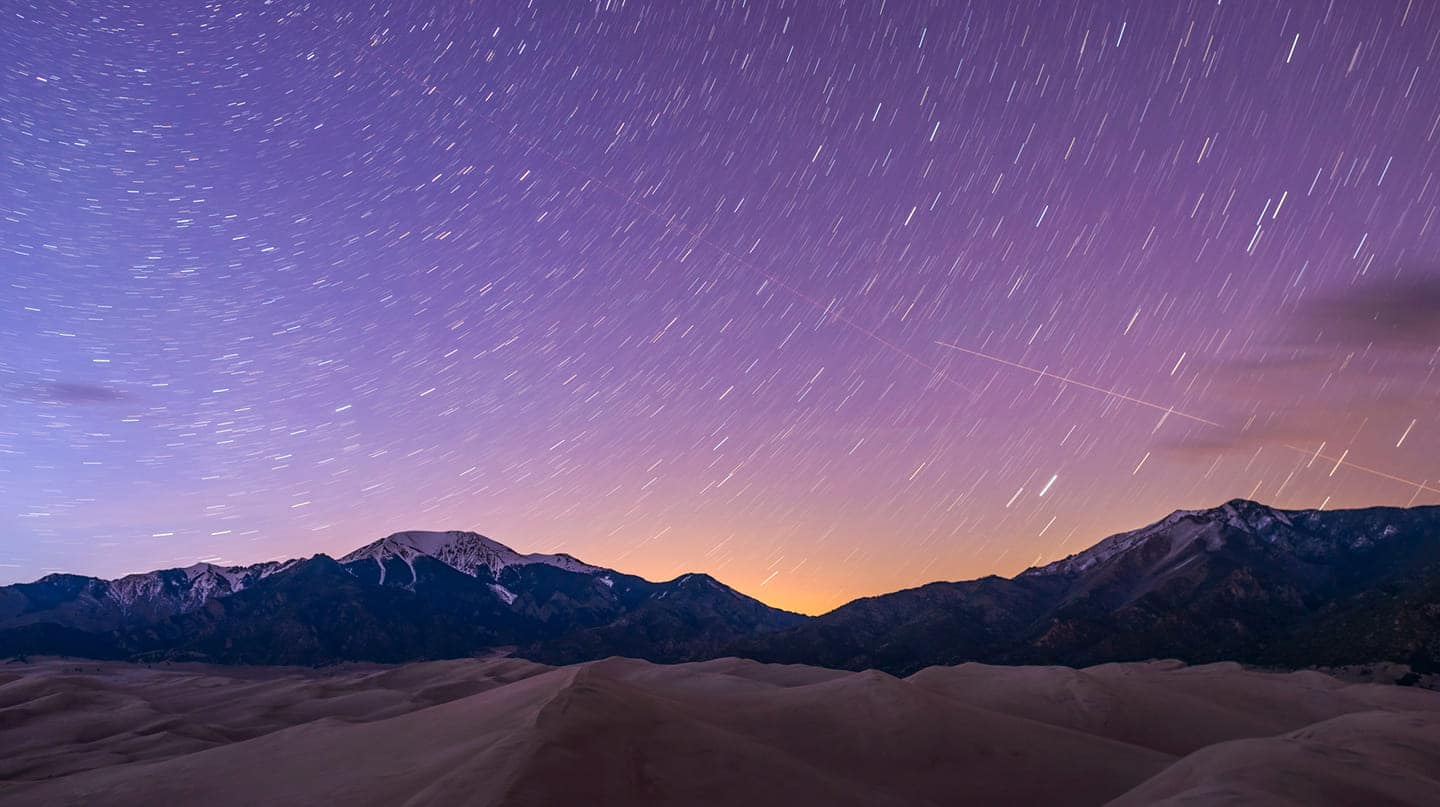 Crestone is a tiny village that quietly rests on the western slope of the Sangre de Cristo mountains in the San Luis Valley and is best known as a spiritual center. Home to numerous religious centers, the town is also among the first U.S. municipalities to incorporate the ‘rights of nature’ legal doctrine into law.

This official recognition “that nature, natural ecosystems, communities, and all species possess intrinsic and inalienable rights which must be effectuated to protect life on Earth” fits alongside the community’s dedication to the protection of the dark skies.

Now in addition to its spiritual exploration, they are making efforts to explore and protect the night sky. The zen-like town of Colorado was awarded a Dark Sky community designation, becoming Colorado’s fourth community to receive this award. Combined with the town’s high elevation, low humidity, and distance from the state’s major city centers, Crestone naturally creates a brilliantly clear night sky.

Named Western Colorado’s first dark sky community, the town of Norwood rests along the Western Slope, 33 miles northwest of Telluride along HWY 145. Norwood sits on what is called Wright’s Mesa at an elevation of 7,000 feet. Combined with its extra dry and high desert climate creates many nights of clear skies.

The sky is so dark here an astronomer of the Longmont Astronomical Society, David Elmore, says “my visit to Norwood was the first time I witnessed a sky that is so dark clouds are black against the stars.” 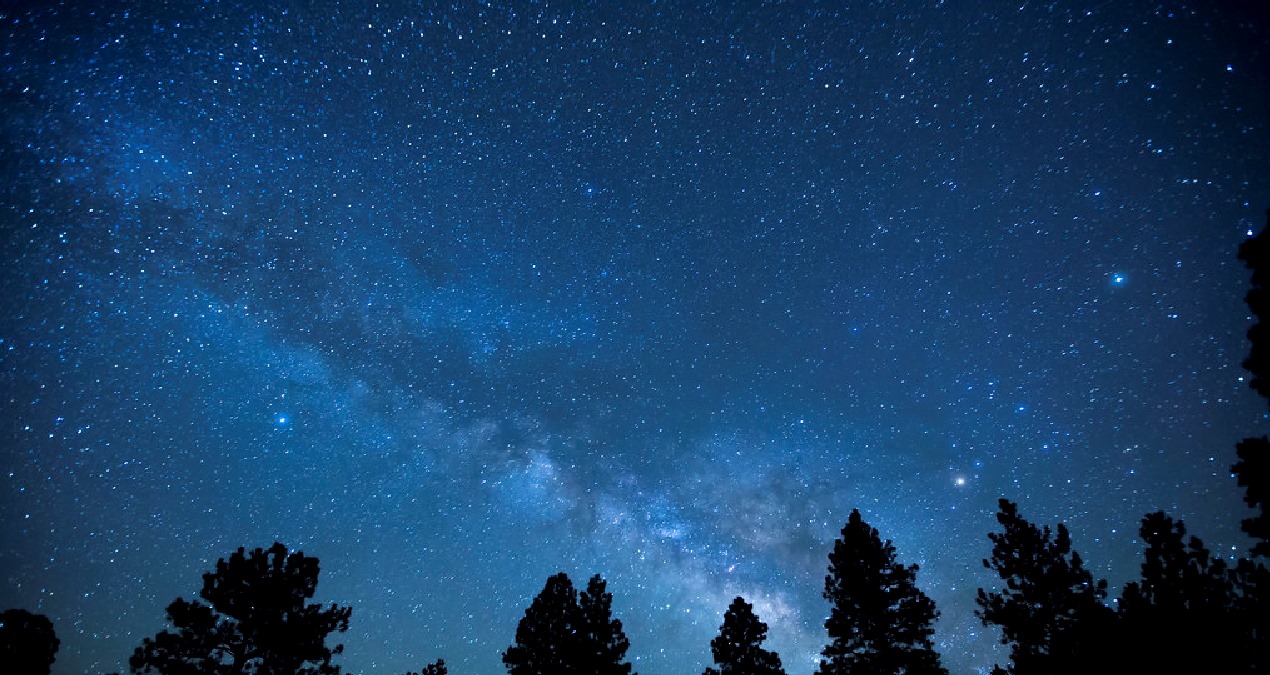 The Milky Way is seen from the town of Naturita. Photo by West End Dark Sky Alliance Facebook.

Following the example of Westcliffe Silver Cliff, Nucla and Naturita achieved IDA International Dark Sky Community status in 2015. The two nearby towns in Western Colorado (located roughly two hours south of Grand Junction) found themselves needing to preserve renewable natural resources, such as the dark night skies. Combined with their somewhat isolated location and small population, the night sky is well-preserved in this part of the state.

Comprehending the value of this resource, the locals formed the West End Dark Sky Alliance in 2020. The alliance hosts small community events and fundraisers to showcase their work and to get others excited about the night sky. You can learn more about what they do on their Facebook page.

Ridgway is a remote town located in the San Juan Mountain range, just 45 minutes north of Telluride, and is the third community in Colorado to receive the Dark Sky Community designation. Due to the town’s location, what their night skies are most famous for are the unparalleled views of the Milky Way, planets, and meteors.

Coupled with views of the Cimarron and San Juan mountain peaks, this is truly one spectacular place to view the night sky. In town, locals recommend the Athletic Park as a place to begin your stargazing experience. Another great place to check out is at Top of the Pines recreation Area for an outstanding vantage point.

In addition to Dark Sky Communities, there are also Dark Sky Park designations. There are over 180 Dark Sky Parks in the world, with Colorado home to nine. For a park or area to be awarded this title, it must possess a distinguished

“quality of starry nights and a nocturnal environment that is specifically protected for its scientific, natural, educational, cultural heritage, and/or public enjoyment,” according to the IDA. 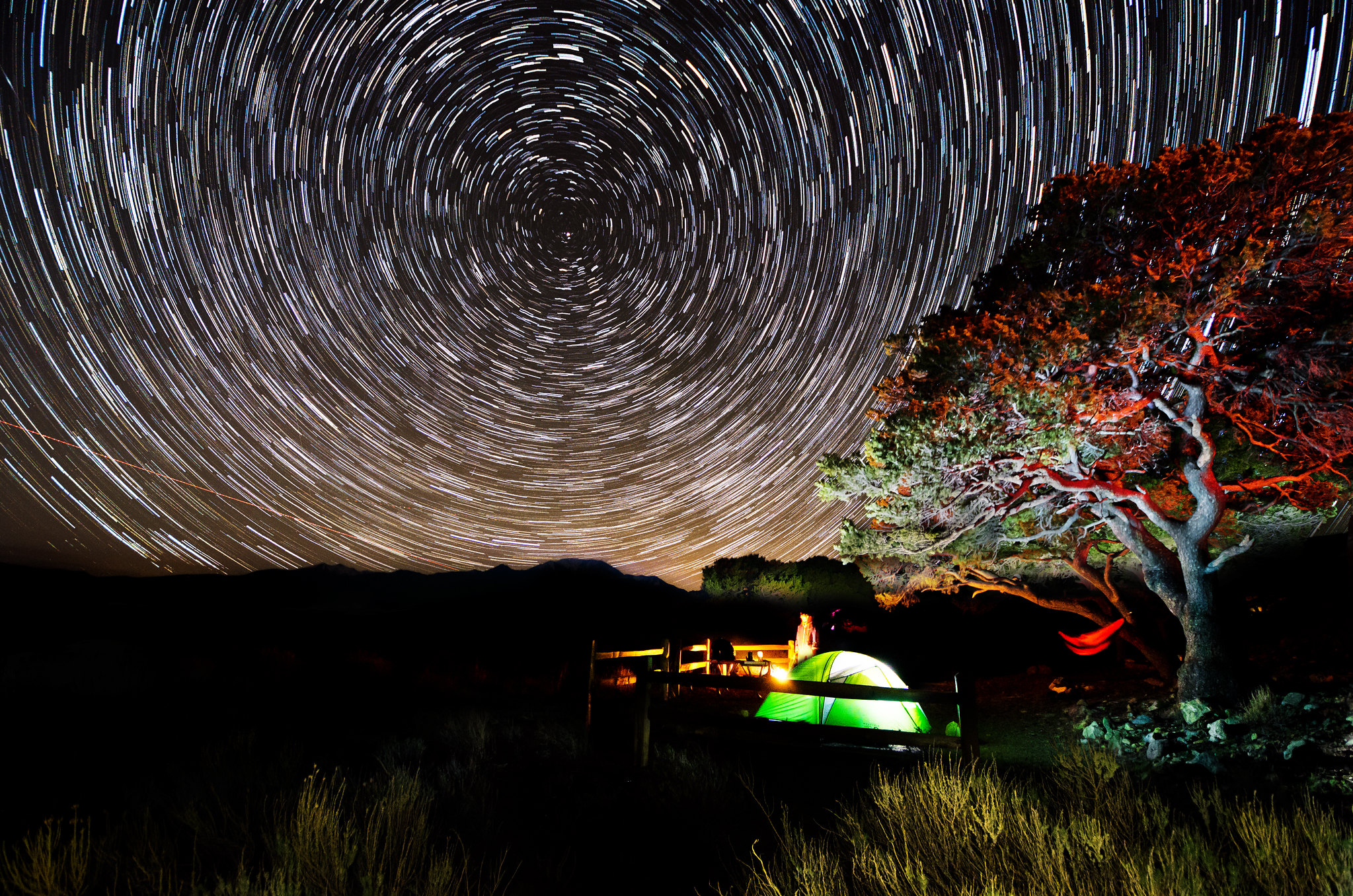 Coupled with its location in the scarcely populated San Luis Valley and its high elevation, the Great Sand Dunes National Park is the perfect place to view the night sky. Looking up at the sky on a clear, moonless night, you are able to see up to 15,000 stars!

In the late spring when Medano Creek is rushing, the sky’s reflection off the water is quite spectacular. But really any place you plan to camp, you will be rewarded with a blanket of stars above you all amongst the rolling dunes. The park offers summer night programs where participants can experience and understand the night sky and nocturnal ecology. And for the kids, ages 5-12, can become a Junior Ranger Night Explorer through the park’s junior ranger program. 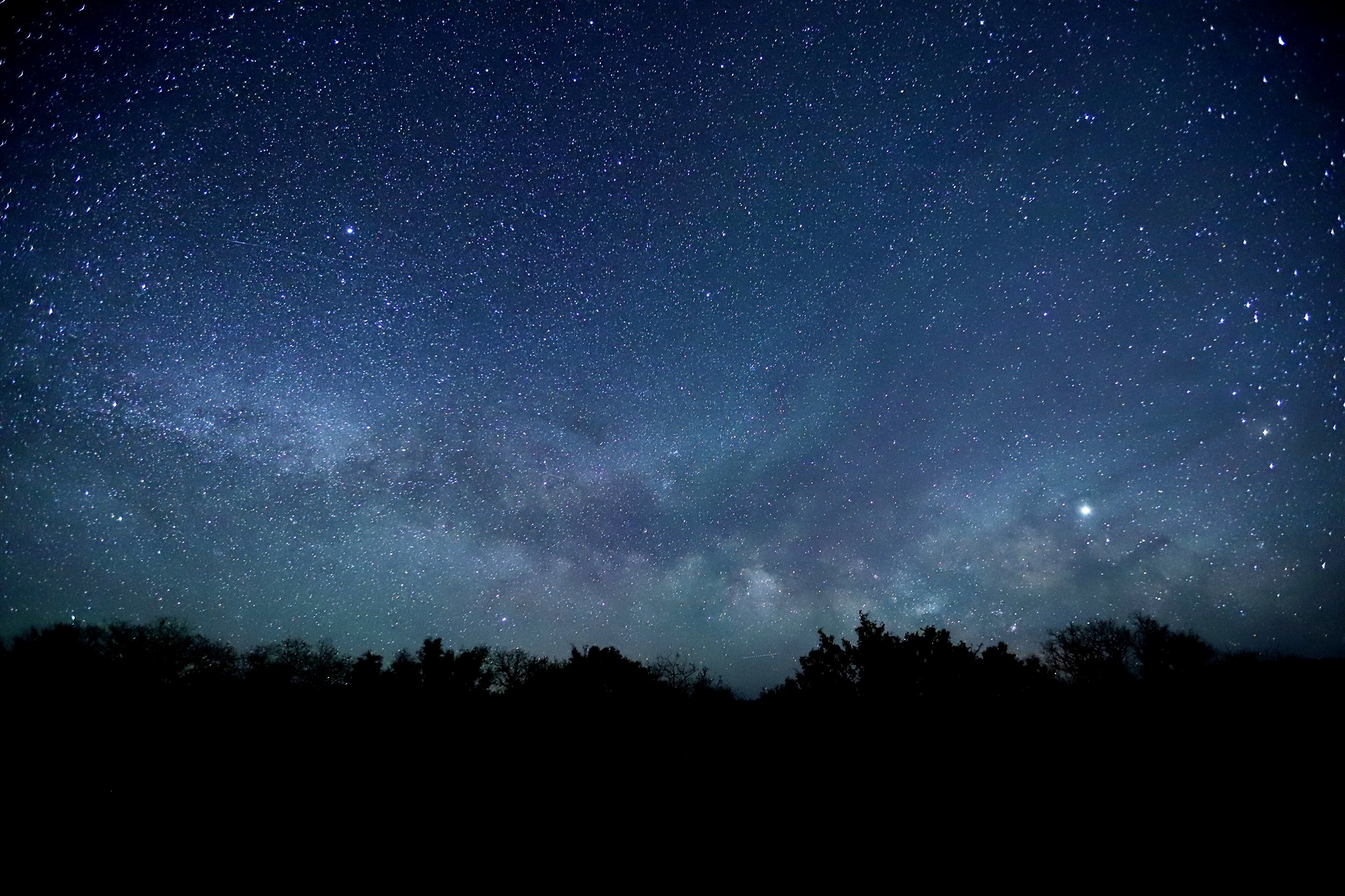 The night sky as seen from the Black Canyon. Photo by Black Canyon of the Gunnison National Park Facebook.

The Black Canyon of the Gunnison is another National Park in Colorado that received its designation in 2015. The park is located near the town of Montrose in Colorado’s western part of the state. Because of the park’s remote location and its dedication to educating the public about the night sky, it has become one of the most recognized dark sky parks in the state.

Stargaze on your own from the overlooks farther from the road, including Chasm View, Dragon Point, and Sunset View are all great places for viewing. Join the park for Astro Fest which is held on the South Rim of the park, typically in September. The event includes solar viewing and astronomy activities during the day and telescope viewing each night. Telescopes are provided.

The Florissant Fossil Beds National Monument is best known for its plethora of well-preserved insect and plant fossils that are found in the Florissant Formation. In addition to its efforts to preserve these fossils, the park is also dedicated to preserving the night sky. Despite its proximity to Colorado Springs (35 miles west), the park is shielded by the towering southern Front Range of the Rocky Mountains, allowing for a spectacular view of the stars not too far from the city.

The best place for stargazing on your own is at the parking lot of the Hombek Homestead. Or join them for a night sky program, held once a month where you can get a guided tour of the galaxy. 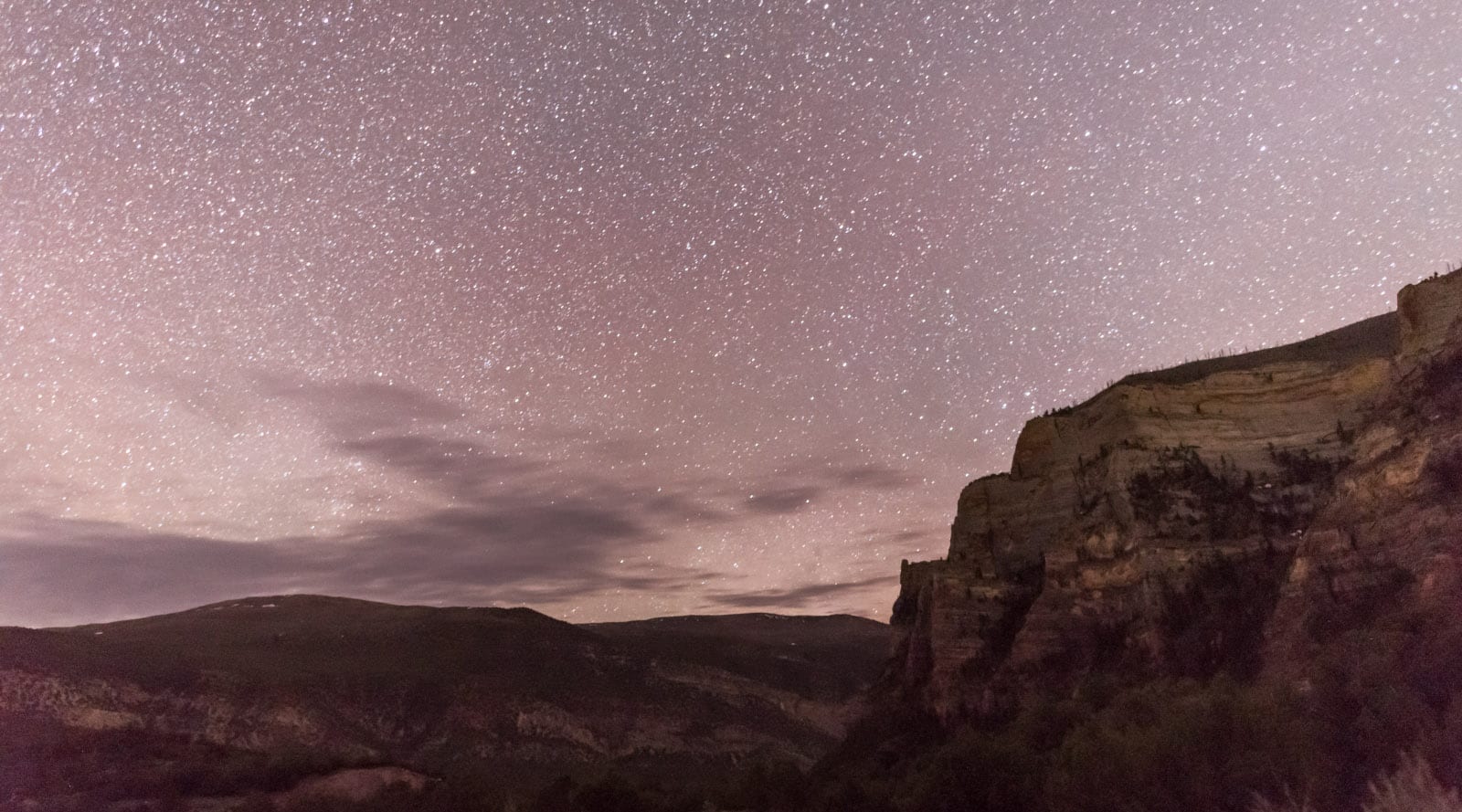 Located in one of Colorado’s most remote areas, the Dinosaur National Monument rests on the southeast edge of the Uinta Mountains on the Colorado Plateau. The park is best known for its display of dinosaur fossils, which are recognized as some of the most abundant and well-preserved in the world. Due to the park’s remote location, high elevation, and low humidity, stargazing here comes quite easy.

The park hosts star parties near the Split Mountain campground from mid-May through October. If you are stargazing on your own, Mitten Park is a great place to start.

In 2014, the Hovenweep National Monument was the 17th park in the world to receive this designation. The monument is best known for its well-preserved Puebloan structures from nearly 1,000 years ago. It’s a place where you can look up at the night sky and know you are staring at almost the exact same sky the ancestral Puebloans did over 800 years ago.

The dark sky is well-preserved here due to its remote location surrounded by the Navajo Reservation and BLM public lands. Stargazing at the park is allowed from the visitor center parking lot and campgrounds only. Do note, no ruins or structures will be visible from the campground or parking lots. In the spring and summer, rangers host stargazing programs.

The Milky Way over Jackson Lake. Photo by Bo Insagna.

Located out in Colorado’s Eastern Plains, Jackson Lake State Park is the state’s first designated Dark Sky state park. It is best known for its beaches, boating, birding, and many more outdoor activities and now is now known for its exceptionally dark sky. The best place to stargaze is at any one of the 260 campsites inside the park. Get one close to the water to see the stars and galaxies reflect off the water. 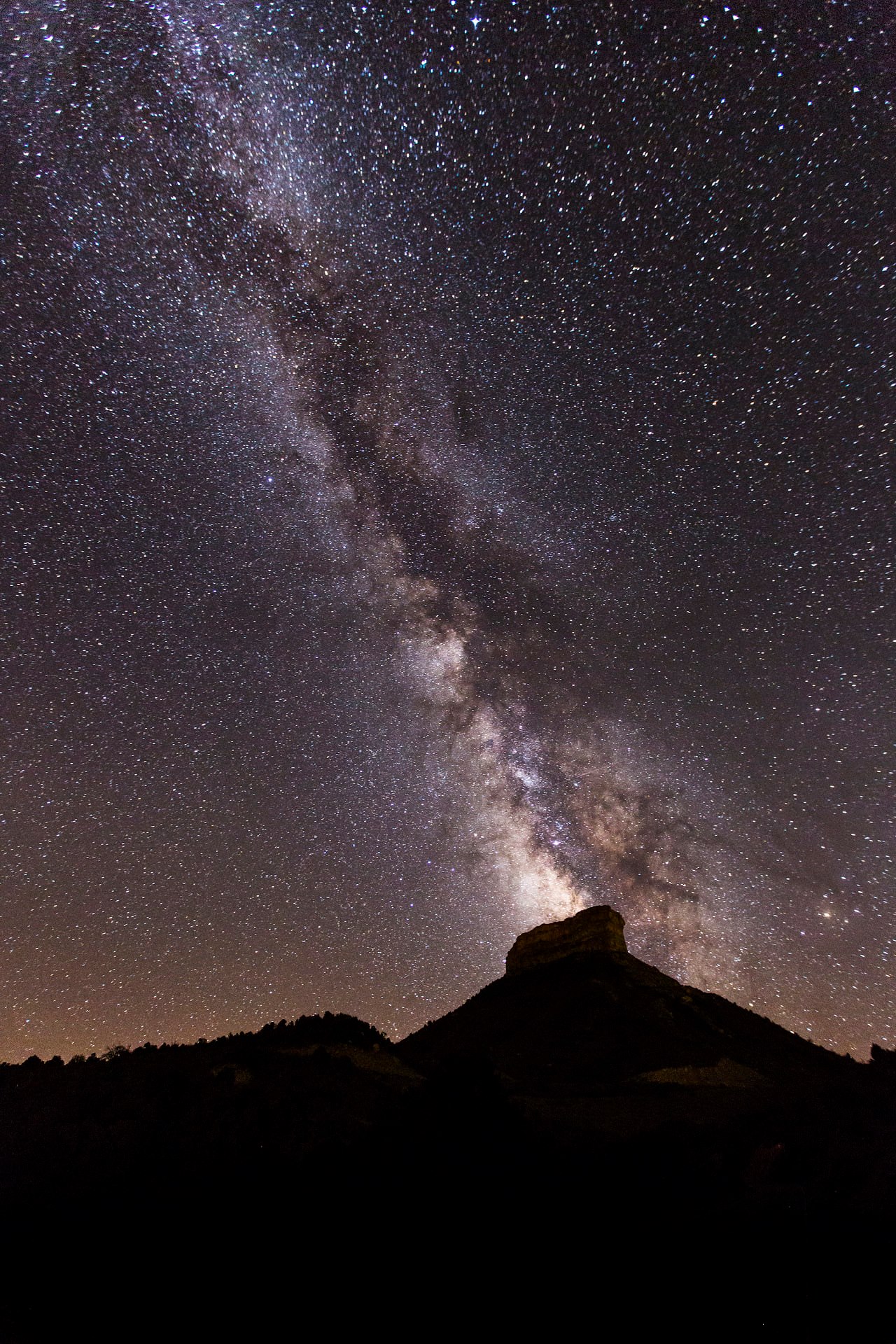 Mesa Verde National Park rests on a high mesa in southwestern Colorado and sits at the center of the darkest skies remaining in the contiguous United States. It is home to numerous well-preserved archeology sites of the Ancestral Puebloan people and makes efforts to not only preserve these sites but the night sky as well.

Spend the evening at the Morefield Campground or Far View Lodge May through October for stargazing and sometimes host ranger-led evening programs. Stop at the numerous overlooks along the park road, Or hop in your car and view the sky from the Geologic Overlook, Mancos Overlook, and the Montezuma Valley Overlook, remain open to public access throughout the night. 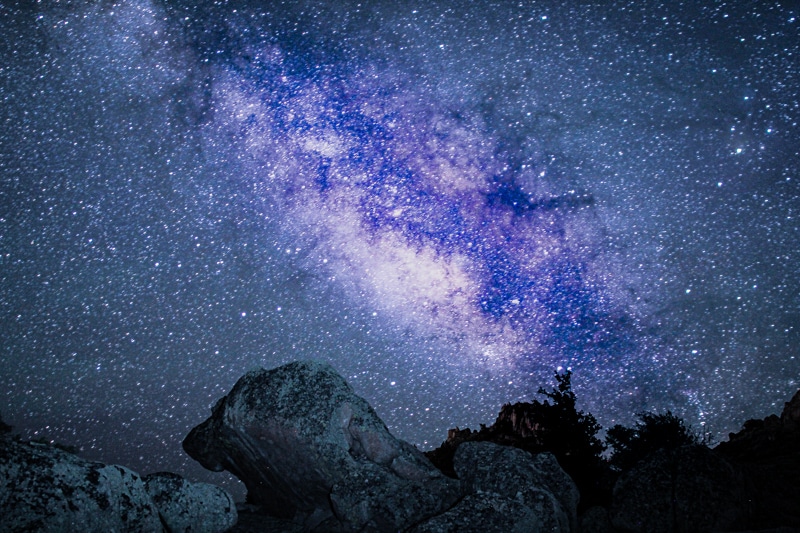 The area hosts astronomy programs at the Elk Creek campground and the Gunnison Valley Observatory. The observatory is a public facility home to a 30” foot telescope, perfect for getting a closer look at the night sky. The facility offers tours and educational programs about astronomy for those interested.

Nestled in the majestic San Juan Mountain range, the Slumgullion Center is a 58-acre property located at the edge of Slumgullion Earthflow in Lake City. Coupled with its remote area, undeveloped landscape, and no lighting, prime viewing conditions are made easy. The educational site plans to host stargazing programs and parties for the public in the future.

So, explore after dark at one of these dark sky communities and parks in Colorado.